Condensation is by far the most common cause of dampness in buildings, probably accounting for the majority of damp problems reported. It affects both old and new buildings, but it appears to be a significant problem where the building has been modernised.

Condensation is directly associated with mould growth. It is this that the occupier sees first and gives an indication of the potential scale of the problem. The mould is usually found on decorative surfaces, especially wallpapers, where it can cause severe and permanent spoiling. In many cases, the mould and its spores give rise to complaints about health, and cause the musty odour frequently associated with a damp house.

The obvious places for condensation to occur are on cold walls, windows and floors; in the latter case, it can lead to dry rot or wet rot developing in floor timbers.

It is a fact that warm air can hold more water as vapour as cool air. Condensation is caused when moisture laden air comes into contact with a cold surface - the air is cooled to the point where it can no longer hold its burden of water vapour. At this point, known as the dew point, water begins to drop out of the air and is seen as condensation on surfaces. On impervious surfaces such as glass and gloss paint, beads or a film of water collect. On permeable surfaces such as wallpaper and porous plaster, the condensing water is absorbed into the material. Therefore, the problem is not always initially obvious.

When Does Condensation Occur Most?

Condensation is very much a seasonal problem, occurring during the colder months. During the winter, ventilation of the house is usually low due to windows and doors being closed. This allows the build up of water vapour in the house, which, in some cases is sufficient to cause condensation. The problem may occur well away from the site of water vapour production. E.g. water vapour produced in the kitchen may diffuse through the house into a cold bedroom where it will condense on cold walls.

How To Control Condensation

The control of condensation is based on 2 simple primary measures; 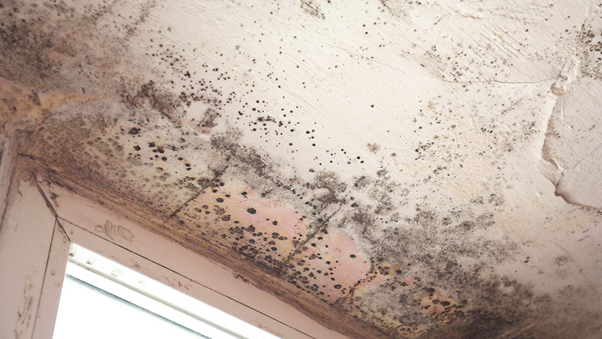 Payment plans are now available on all damp proofing work. If you would like more information on this, please contact us using the provided details in our website.

We are based in Ramsgate, Kent and provide our services across the following areas and beyond: